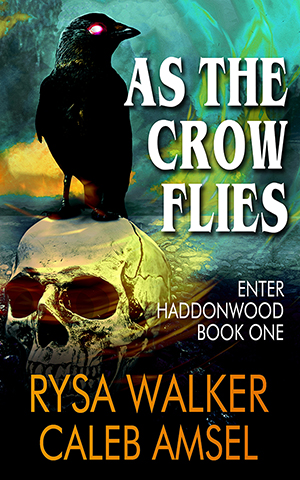 From Rysa Walker, the award-winning author of the bestselling CHRONOS Files, and debut-author Caleb Amsel comes a chilling story of altered reality and psychological terror.

Chase Rey sits perfectly still, his thumbs traveling across the screen of the broken computer tablet, stuck in the nexus between two worlds.

Haddonwood isn’t real. It can’t be. Another world, another reality, hovers just beyond his reach. He can see it sometimes. He can almost touch it.

In that world, things are in balance. The dead stay dead and the creature feature remains safely on the screen. That world isn’t a patchwork quilt of every scary book or movie he’s seen. In that world, the nightmares generally end when you open your eyes and people don’t glitch in and out of existence.

Chase is determined to return to that world, although he’s a bit worried that the only way out is through the noose that seems to lurk around every corner. He needs allies to get back home. But how do you choose your team when you can’t tell who’s real? 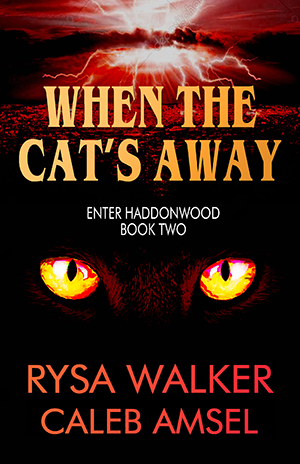 When the Cat's Away
(Enter Haddonwood Book 2)

Since the beginning of time as we know it, the Councils of Seventy-Two have maintained a careful balance in our world. Dark against light. Good against evil. Order against chaos. While one side might tip the scale briefly, its counterpart has been always quick to right the balance.

Now the agent of good is trapped in the mind of Chase Rey, who spends his days playing a game that few in the "real world" can see. His allies must get him back into Haddonwood, back inside the game, in order to set her free and restore the balance. But that's going to take a miracle because hell is quite literally breaking loose around them.