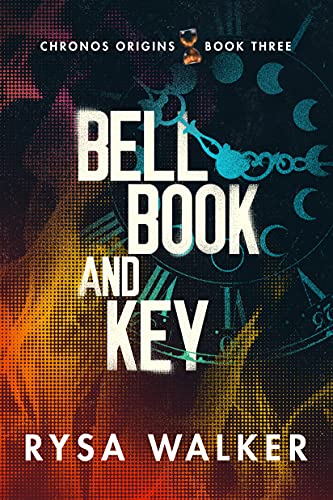 Darkness rises in the Summer of Love.

Madi, Tyson, Katherine and their cohorts are on the enemy's trail, fixing the mess that sociopath Saul Rand has made of history--and of the Temporal Dilemma rules. Another time shift is on the horizon, and this time, it's one that reflects Saul's twisted vision for the future.

When the shift hits, it plunges the United States into a modern Dark Age where superstition trumps science and the seventeenth-century witch hunts are no longer a thing of the past. But Saul has added a new hurdle to this insane reality: he's hunting the Sisters of Prudence.

Clones of Katherine's daughter, the Sisters are pawns to be sacrificed on Saul's time chess board. Unless Katherine can track him down at the 1967 Monterey Pop Festival and erase him first. Saul is calling the shots, so he's ahead of them every step of the way. With the clock ticking, this could be the endgame for CHRONOS and, if they fail, for reality itself.
Click to Order